Last year was one of quiet, stay-at-home isolation, but now it’s safer to get out and be around other people again. Waynesboro Parks and Recreation’s Groovin' at the Greenway concert series at Constitution Park will fill your Thursday nights with music and community spirit this summer. The music includes an eclectic mix of genres including rock, blues, funk, swing, soul, alt country, and more. Bring your blanket or lawn chair and spread out as the shadows lengthen and the sun goes down. Pack a picnic, grab some huaraches or quesadillas from Alex’s Tacos or some takeout burgers from The River Burger Bar, or see what the onsite Backyard Gourmet food truck is offering. This music series is family friendly. In fact, if the kiddos get sick of listening to music and chasing fireflies, the Blue Ridge Children’s Museum will have a booth along the Greenway with activities they’re sure to enjoy. Constitution Park offers plenty of free parking. The music goes from 6-8 pm, and concerts will take place each Thursday through July 29.

Groovin’ at the Greenway Schedule

There’s nothing better than a jazz soundtrack as you watch the sun go down on a peaceful evening.

Hard Swimmin’ Fish combines traditional sounds from blues, jazz, funk, and swing and creates a “spicy brew” that is unique and modern.

This pop/dance band hails from Virginia and their sounds and energy will get you singing along and dancing in the aisles!

This horn-driven eight-piece band is made up of friends from the Port Republic area playing funk, soul, and blues. They shine with danceable classics from the 60s and 70s.

The Jason Burke Band hails from Charlottesville and plays original music inspired by sounds from the 60s and 70s.

Finish up a thrilling season with a fun night of Americana R&B from Suzie and the Pistols. This band specializes in three-part harmony and a “mix of sawdust-floor honky tonk, 70s barroom feels, outlaw country, Cajun vibes, and blue-eyed soul.”

If you want to add another night of outdoor live music to your week, bring your chair and check out the Wayne Theatre’s new concert series, Wayne on Main. Concerts in a variety of genres will be held on the last Wednesday of each month from 6-8 pm through September 29. Performers will play under the Wayne marquee, and attendees can sit or dance along the 500 block of Main St., which will be closed to traffic for the shows. The performances are pay-what-you-will, and there is a food truck on-site for each performance. The Wayne Theatre will be open for their concession stand with all of the usual goodies, including adult beverages and popcorn, as well as restrooms.

Originally formed in 1992, the current line-up has been together since 1997. Since the beginning, SDO has performed their brand of original guitar driven rock-n-roll.

This classic bluegrass band hails from the Shenandoah Valley, and features the sweet sounds of guitar, upright bass, mandolin, fiddle, and banjo.

Check the calendar for new acts lining up to perform at Basic City Beer Co.’s Outdoor Concert Series. You’ll see groups like The BLNDRS (7 pm, June 12), a psychedelic rock band who perform “honest and original rock’n’roll” with a strong dose of “unpredictable improvisation” and cultivate a positive culture of friendship. Seven Arrows Brewing is another nearby brewery that regularly hosts musicians. Not only can you enjoy the listening experience and the delicious craft beer, but both breweries offer onsite food options. Stable Craft Brewing and Skipping Rock Beer Company also often host live music.

If your tastes lean more toward wine than craft beer, check out Sunset Saturdays with live music every Saturday evening at Barren Ridge Vineyards (Fishersville). The views and wines can’t be beat! Sure, listening to the pros can be great, but sometimes it’s nice to get up on stage yourself. Bottles now offers not one, but two, karaoke stages, so you can show off your skills inside or outside.

Other options for outdoor music include the SummerStage series at the Blackburn Inn (Staunton), and the annual Red Wing Roots Festival (Mt. Solon), which features festival activities and a weekend lineup on five stages with sets by the Steels Wheels, Bettye LaVette, The Mavericks, and more, slated for July 9-11, 2021. 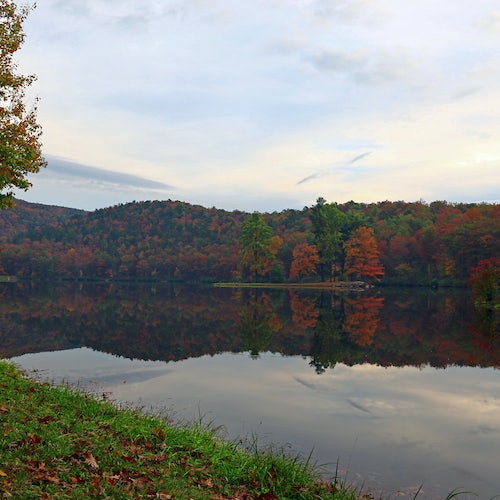 More Than a Scenic Drive: Waynesboro is Divinely Placed for Your Leaf Peeping Adventure 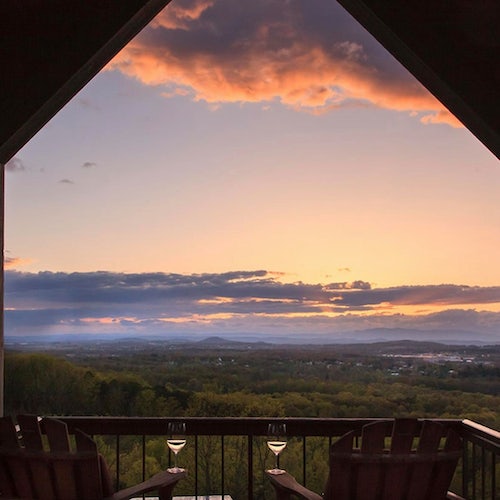 You Deserve a Little Self Care